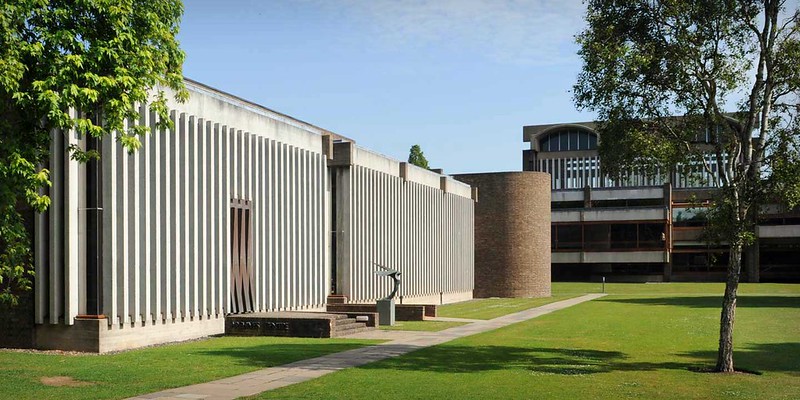 Churchill College and Churchill Archives Centre have signed an important agreement with the University of Fort Hare, based in South Africa’s Eastern Cape.

The agreement represents ongoing work and outreach between Churchill College and Southern Africa. The two organisations will be working together towards the following goals:

The Churchill Archives Centre is part of Churchill College and houses the personal papers of modern British political and public figures. The University of Fort Hare’s Alice Campus has a National Heritage and Cultural Studies Centre (NAHECS) which holds the archive of South Africa’s Liberation Movements, containing collections of various political organisations. The UFH was universally endorsed as the appropriate custodian of the archive of South Africa’s Liberation Movements because of its association with struggle movements in South Africa, and its role in producing several influential leaders in various fields in sub-Sahara Africa. The first consignment of liberation movement records were sent to the UFH during 1992, amidst ongoing discussions for a democratic South Africa. The Liberation Movements Archive in this University was officially opened by the then Deputy President, Thabo Mbeki during 1996.

The Rt. Hon. Lord Boateng, former High Commissioner to South Africa, and Chair of the Sir Winston Churchill Archive Trust was instrumental in setting up the agreement. He said, “This agreement is to be celebrated and will contribute to capacity building in both our countries and the deepening of understanding of the role of archives in promoting development and international understanding.”

The first phase will see a researcher at post-doctoral level and a graduate junior researcher from the University of Fort Hare visit Churchill College and undertake a term’s study in the Churchill Archives Centre.

Allen Packwood, Director of the Churchill Archives Centre, said: “This is a significant initiative that that will allow for the exchange of information between two important modern archival collections. It is the latest iteration of a long-standing relationship between Churchill College and South Africa.”

Luvuyo Wotshela, History Professor and Director of NAHECS concurs: “this is landmark that will not only enable broader use of collections between members of these two significant institutions, but also the generation of scholarship and continuous debates on the meaning of archive(s) for those who carry on using them for multiple objectives.”

The connections between Churchill College and South Africa go back to the 1970s, when undergraduates put forward the idea to establish a Southern African Bursary, designed specifically to combat apartheid and to give opportunity to students from South Africa and neighbouring countries.

The very first recipient of the Southern African Bursary was Njabulo Ndebele in 1975. Churchill College clearly made an inspired choice because he went on to become a prominent writer and academic, and to serve as the Vice Chancellor and Principal of the University of Cape Town. He is currently the Chancellor of the University of Johannesburg and the Chairman of the Nelson Mandela Foundation. He has said of his time at Churchill College, “It has been a journey during which I met remarkable teachers who have forever had presence in my professional life; of life-long friendships, and the abiding membership of a special institution.”

Churchill College continues to fund a Southern African Bursary, which provides the cost of a Cambridge University education for a Black undergraduate student from one of the following SADC countries in Southern Africa (Angola, Botswana, eSwatini, Lesotho, Malawi, Mozambique, Namibia, South Africa, Zambia or Zimbabwe). The Bursary holder is selected on academic merit and on social and financial need.

Ayanda successfully applied for the Southern African Bursary and arrived at Churchill in October 2020. Her MPhil course spans disciplines including languages, AI, law and history. Ayanda plans to make a lasting difference through her research focused on understanding menstrual management and period poverty within the refugee population. She aims to shine a light on the problems, seeking solutions and shaping policy to help ensure future generations don’t face the same struggle.

Of the value of the bursary, Ayanda says “Firstly, this studentship will not only be helpful for me – it will also benefit other women whose voices are not heard. Secondly, it will provide me with the opportunity to sharpen my skills and knowledge and meet people who can help me be the ground breaker and leader that I aspire to be.”

The agreement with the University of Fort Hare and the Southern African Bursary are both intended to work towards creating more opportunities and access to research, learning and resources.